The old iron Kampot Railway Bridge spans the Preaek Tuek Chhu River on the Phnom Penh to Sihanoukville Railway Line, which was the first passenger railway service to operate in Cambodia since the 1990s.

Kampot Railway Bridge is scenically located and long, 250 metres from bank to bank. This bridge forms a vital part of Cambodia’s railway network and raising the funding for its replacement is one of the major challenges in the ongoing struggle to speed up rail services in Cambodia. The age and fragility of the bridge means that trains need to slow down to 20 kph to pass over it. Kampot Railway Bridge collapsed in February 1998 under the weight of a train and this accident was one of the contributory factors in the closing down of both passenger and freight services in Cambodia a short time later. Kampot Railway Bridge got fixed up relatively quickly and services started again in June that year, but repairs cost the equivalent of $90,000 USD which was a lot at the time particularly as Cambodia’s economy was suffering from the wider Asian Economic crisis. To make matters worse railway engineers were concerned that there were another 64 bridges between Sihanoukville and Battambang that were also at risk of collapsing. At the time Cambodia simply didn’t the financial resources to maintain the crumbling railway infrastructure, particularly the bridges, and the railway network simply had to be shut down entirely because it wasn’t safe. 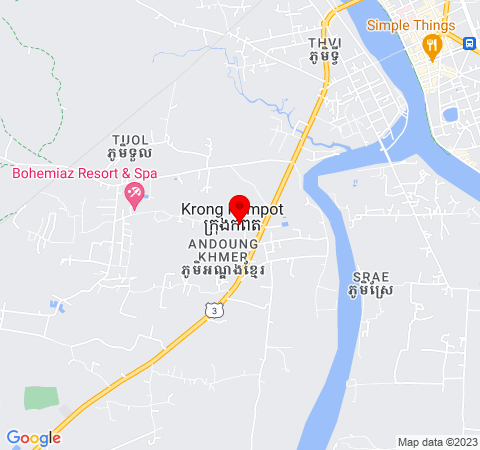